Mr. Cohen advises on the negotiation of M&A and joint venture agreements around the world, often involving entities of different nationalities. His experience in international transactions began with his position as legal counsel and then senior legal consultant with the aluminum, steel and chemical company, Pechiney Ugine Kuhlmann. In acting for Pechiney he was appointed legal counsel for various joint ventures including the Guinean bauxite mining projects, and acted in connection with the construction, financing and partnership and tolling structures for aluminum smelters, with special attention to smelters in Canada. He also participated in advising the packaging activities, where the French holding company acquired Triangle Industries, the parent company of American National Can, to enable Pechiney to become world leader in packaging. Also at Pechiney he was counsel and board member in exploring and developing phosphate mining activities in the Pacific.

In the project finance area, Mr. Cohen represents sponsors, lenders and multilaterals on large infrastructure projects, primarily in the metals and energy fields.  He has worked on projects in Latin America, Eastern Europe and Asia.  In addition to financing, Mr. Cohen assists clients with licensing, technical assistance and management agreements for major projects.

When Mr Cohen became Counsel to White & Case, he worked on the financial, operations and infrastructure for the construction of a major new aluminum smelter project in South Africa. The billion dollar project was set up as a project financed undertaking. His specialty extended beyond project financing to advising clients on the applicability of international commercial rules, including in particular the World Trade Organization Agreements relating to free trade and defenses against protectionist behavior in certain public markets. Mr Cohen advised Alstom on the World Commerce rules that apply to bidders who make unfair bids and who have protected markets in the country where they are organized.

Mr. Cohen counsels clients when disputes arise in the course of financing and constructing projects. He is adept at resolving disputes involving multiple parties, such as lenders, contractors, sponsors and local investment and management interests. These cases often involve technical issues, such as the causal relationship between mistakes and performance failures over a period of time. He is a member of the London Court of International Arbitration and is a mediator certified by the Center for Mediation and Arbitration of the Paris Chamber of Commerce and Industry. 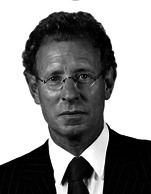